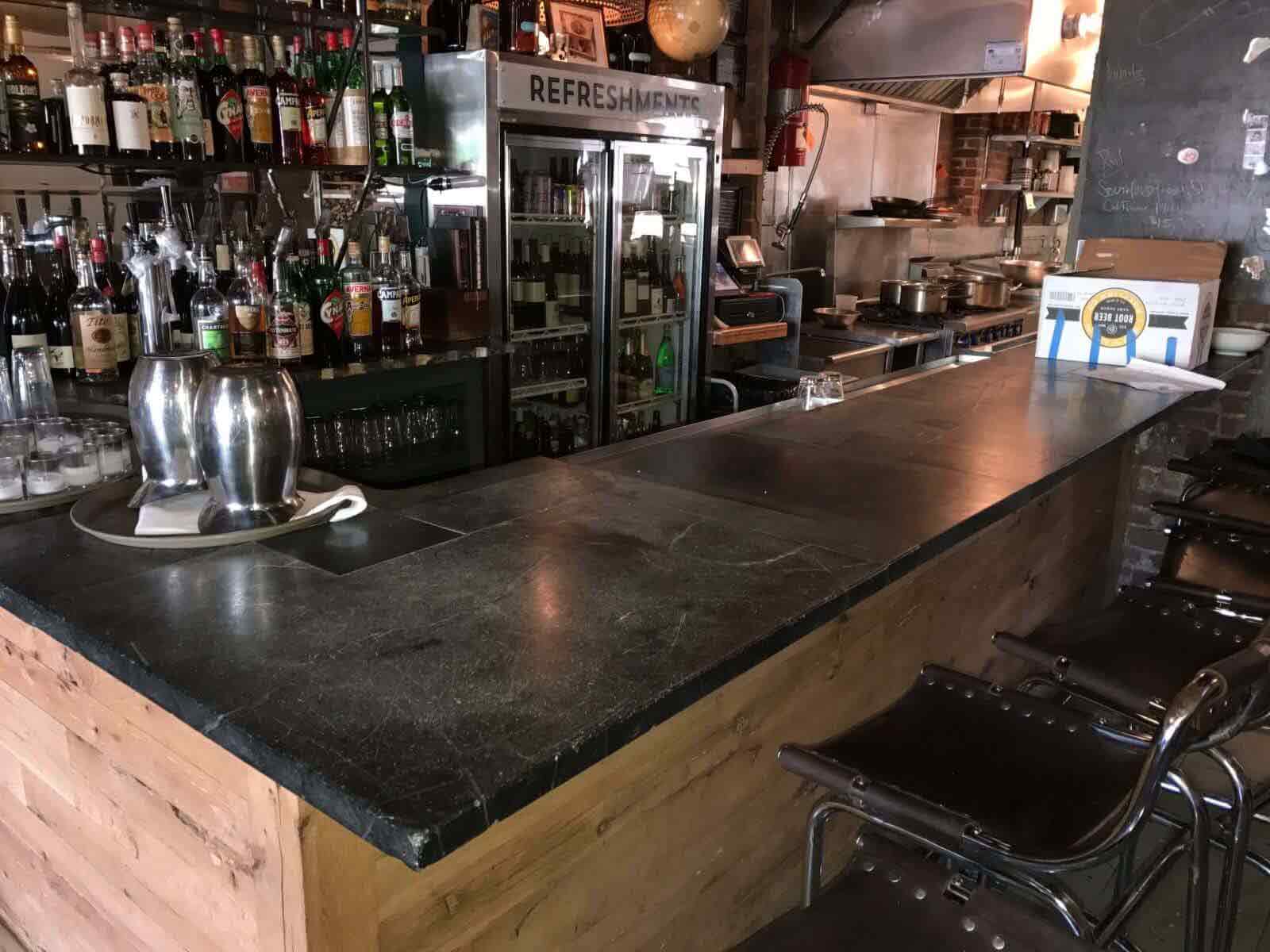 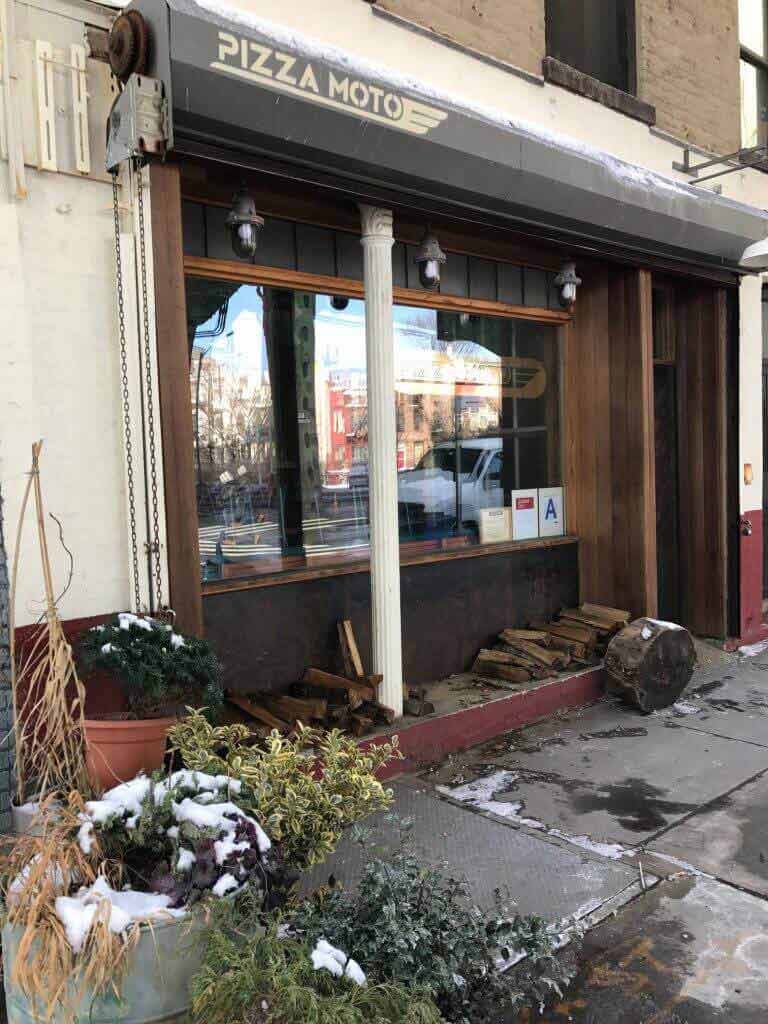 After eight years of serving Brooklyn’s best pizza from wood-fired mobile ovens, Pizza Moto found its home in an unassuming building that is rich in history. The restaurant was built and remodeled to create a unique Brooklyn aesthetic and features the timeless durability of soapstone. The bar countertop was handcrafted from M Teixeira Soapstone’s remnants to blend seamlessly with the restaurant’s eclectic style. Using reclaimed remnants is a sustainable and earth-friendly choice. Soapstone is the perfect material for the countertop bar because it does not stain and cannot be damaged by hot pots, citrus, wine, acidic liquids, or chemicals.

While it’s certainly a highlight, the charisma of Pizza Moto goes far beyond the bar. The building was originally erected by an Irish immigrant baker in the mid-1800s and later followed by a Prussian cigar maker, an Italian pasta and sub purveyor, and an American coal-fired pizza baker. The history became even richer when co-owners Dave Sclarlow and Anna Viertel discovered a coal oven hidden behind the wall. Sclarow restored the masonry and converted the oven to burn wood instead of coal, and the team went on to build their restaurant around this delightful piece of New York’s history.

The updated turn-of-the-century wood-burner allows Pizza Moto to quickly produce consistent and evenly charred Neapolitan-style pies with a delicate white interior. The restaurant features inventive choices such as the “clam pie,” which has sliced potatoes, smoky bacon, and clams cooked in cream and white wine. The New York Times gave Pizza Moto a glowing review: “the pies coming out of the old bakery are already among the top tier of New York brick oven pizzas.”

The design, masonry, welding, plumbing, and finishing carpentry were done entirely by the Pizza Moto team. The restaurant’s bar is particularly appealing – the stools were welded from discarded desks found at a nearby school.

We’re thrilled to see our soapstone used by creative and talented people like Dave and Anna – we know its lasting durability and chic charm will be the backdrop for great times at one of Brooklyn’s hidden gems.