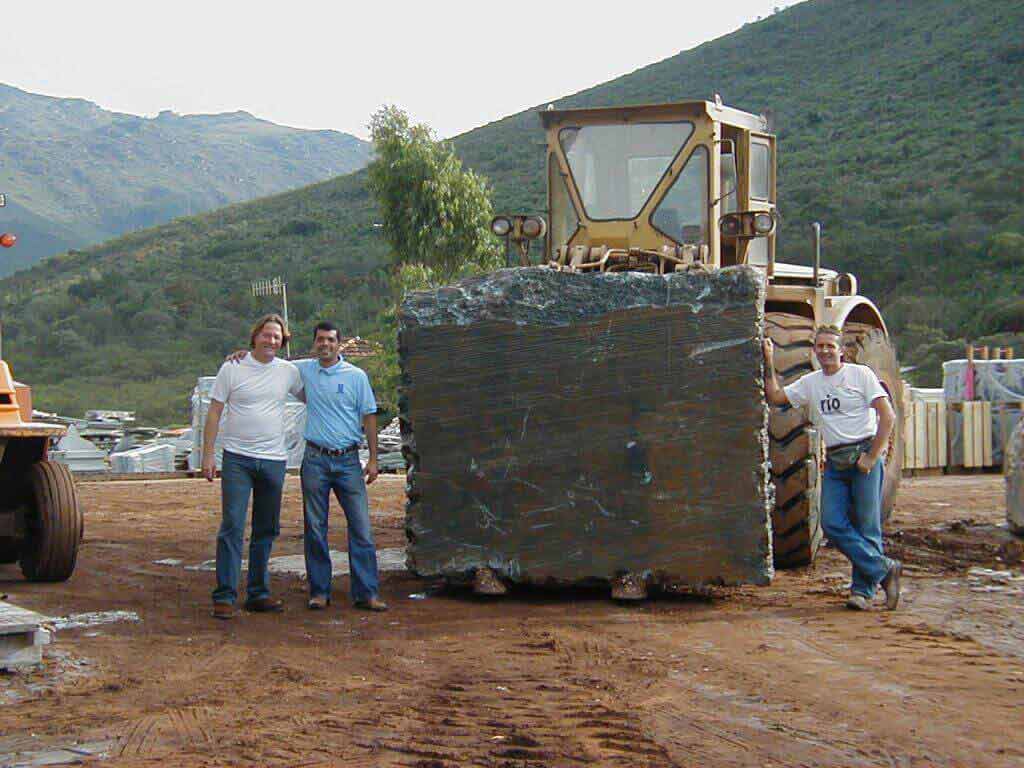 The Composition of Soapstone

Soapstone (also known as Steatite) is a metamorphic rock that consists primarily of talc. Depending on the quarry from which it is sourced, it also contains varying amounts of other minerals such as micas, chlorite, amphiboles, quartz, magnesite and carbonates.

How Soapstone Is Formed

Soapstone is formed by metamorphism (alteration of minerals in a rock, usually due to heat and pressure) and metasomatism (chemical alteration of a rock), which occurs in the zones where tectonic plates are subducted. In layman’s terms, the rock is formed when one plate moves under another and is forced to sink, meanwhile the stone is changed with heat, pressure, and the influx of fluids (but does not melt).

Where Soapstone Is Quarried

The majority of architectural soapstone available in the US and Canada is quarried in Brazil, but can also be found from Finland, Southern India, and Virginia, USA. All Brazilian soapstone is quarried in the state of Minas Gerais, very far from the Amazon Rainforest (approximately 2,500 miles [4.000km] to the Southeast of Manaus). There are less than 10 active soapstone quarries in Brazil and less than 2 in the US. To put that in perspective, there are currently 80 active marble quarries in Carrara Italy alone.

Soapstone’s Properties – How Soapstone Is Affected by Heat

Soapstone is very dense (2.75 grams per cubic centimeter, 20% more dense than standard firebricks), which means it does an excellent job of retaining heat. Soapstone is heat resistant because it has an incredibly high melting point of 2966 °F. When soapstone is heated to 2012°F, it hardens marginally but does not shrink as clay would.

Soapstone is food-safe in excessively hot or cold temperatures and will not degrade, peel, crack, or wear from repeated temperature fluctuations.

The above qualities mean soapstone masonry heaters outperform their traditional counterparts by a landslide. While traditional fireplaces are known to emit short-lived convection heat in close proximity, soapstone stores and releases heat slowly long after the fire has been extinguished. The resistance to heat also makes soapstone perfect for kitchen counters and cookware.

Soapstone Properties – The Hardness of Soapstone

When someone uses the colloquial term “soapstone,” they could be describing architectural or artistic soapstone. What separates these rocks is their talc percentage, and thus their level of hardness. The higher the talc content, the softer the stone.

Architectural soapstone is used in the building industry, typically has 15% to 50% talc, comes in varying shades of gray (sometimes with a hint of blue or green, surface treatment makes it black), with wide variations in veining pattern. Slabs are available as large as 10′ x 6′ (3m x 1,8m). Varieties closer to 15% talc will be more resistant to scratching, while varieties in the 50% range will show scratches more often. The good news is that scratches can be easily removed with light sanding, without the need of any special tools or equipment. View the video below to see how to repair a scratch on a soapstone countertop.

Artistic Soapstone is used for sculptures and handicrafts and comes can be found in browns, yellows, greens, blues, and whites. Artistic soapstone is made of as much as 80% talc and can be easily scratched with a fingernail.

An Elegant Solution for Many Applications

Need help with your next project? Request an easy quote today.